One of the fastest growing and most prosperous cities in the Greater Birmingham Area, everything about Vestavia Hills is upscale and highly desirable, including its great location just 6 miles south of Downtown Birmingham. This affluent city has excellent schools, low crime rates and all the amenities you could possible need so it’s not surprising that this is among the most expensive places to live in the region.

Named for the estate of former Birmingham mayor, George B. Ward, built in 1925, Vestavia Hills began growing as a residential suburb of Birmingham in 1946 and was incorporated as a city in 1950. Today the population stands at around 34,000 yet thanks to the huge popularity of this appealing city it is growing and attracting new families all the time. 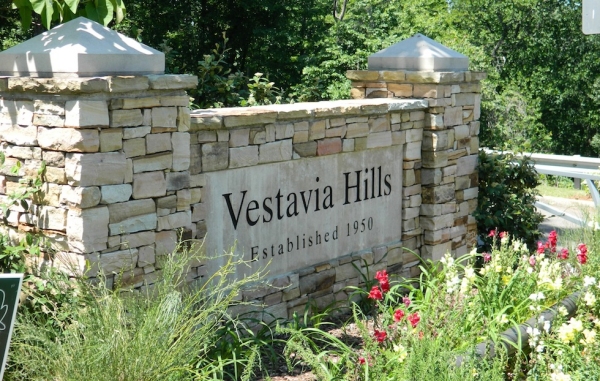 Vestavia Hills has always had a stable housing market because it’s such a popular city and is so close to downtown Birmingham. With such strong demand for homes in Vestavia Hills the median list price for real estate in the city is higher than you will find in many other Birmingham suburbs. Over the past 5 years the median list price has remained fairly steady in the low $300’s though in the last year that number has shot up to $400,000. One reason for this could be a drop in inventory – as fewer homes are listed for sale in Vestavia Hills there are more buyers competing for those homes and hence the price is shifted up.

When considering the price of homes in Vestavia Hills remember that $400,000 is the current median so there are actually homes available at a variety of list prices, some cheaper and some much more expensive. At the lower end of the market, for example, condos and townhouses are actually listed for a lower median list price than they were this time last year so you can expect to find a condo or townhouse for less than $100,000, whereas single family homes are closer to $450,000. Of course this all depends on the size, condition and location of each individual home.

Why Live in Vestavia Hills?

There are many great reasons to live in Vestavia Hills and really the only downside is the high cost of living because homes cost significantly more than the Alabama average. Even bearing in mind the higher cost of living, the website   AreaVibes has Vestavia Hills listed as the number 2 most livable city in Alabama.

The city is a very safe place to live – the crime index is 61% lower than the Alabama average and with such a low crime rate Vestavia Hills is actually safer than nearly 88% of the cities in the United States. Then there’s the schools – schools in Vestavia Hills have been recognized by the Wall Street Journal (among others) for their high quality, so this really is an excellent place to raise a family. Vestavia Hills City Schools oversees the five elementary schools, two middle schools and one high school within the city.

Vestavia Hills is also known for its parks, providing plenty of space for families to enjoy the outdoors and partake in sports and recreation. The city has large grocery stores, a cinema, plenty of restaurants and other stores, and includes all the amenities you could need. Its deli’s and bakeries are popular for a quick bite to eat, including Klinger’s European Bakery, or for family dining try Mudtown Restaurant.

Welcome to this 4 bedroom brick home in Vestavia Hills! Located close to the middle school in lovely Plantation Point. Primary bedroom is on the main level and hardwoods ...

Beautifully remodeled in the heart of Vestavia! Step into this dreamy 4-bedrooms 3.5 bath home and enjoy all the updates! Open floor plan, gorgeous hardwoods, and fresh p...

Welcome home to 3408 Water Oak Dr. This lovely home in Countrywood has been updated throughout with hardwoods on the main level, a beautiful kitchen, and a large master s...