Home to around 10,000 residents, the city of Clay is a small city in the Greater Birmingham Area, neighboring the cities of Trussville and Pinson. Clay has grown a lot in the past decade though it’s managed to retain its rural ambiance. Today you can live in Clay and enjoy the new amenities that are being added all the time alongside the city’s historic charm. Attractions like Cosby Lake keep Clay family friendly and attractive, and although new subdivisions are being built there’s still plenty of open space and greenery to enjoy.

Clay was established around 1818 and does have historic buildings dating from the late 1800s and early 1900s. Even though the settlement has been around for nearly 200 years the city was only officially incorporated in the year 2000 and has seen a rise in popularity ever since.

Although the city is growing there’s still only a limited amount of homes for sale in Clay and in fact the number of homes listed has been going down steadily over the last 5 years. This could be because once a new family moves to a home in Clay they don’t want to leave again so there’s less market movement.

Even though there are less homes listed for sale, the median list price actually hasn’t changed a great deal over the last 5 years with the range usually somewhere between $130,000 and $189,000, though at the end of 2014 Clay saw a spike in list price to nearly $204,000. For single family homes this figure is even higher, at $217,000, while the median list price for condos and townhouses in Clay was a comfortable $130,000.

Why Live in Clay?

As a growing community Clay is getting more and more of its own amenities and services so you don’t even need to travel to larger cities for your shopping. At the Chalkville end of Clay there’s a Publix grocery store, and in the last couple of years several other stores have opened up in town, as have restaurants and a gym.

For families there are three schools in Clay: Clay Elementary, Clay-Chalkville Middle School and Clay-Chalkville High School, so with all school ages covered right here in Clay your children won’t have to travel to neighboring cities for their schooling. The schools are overseen by Jefferson County Schools. 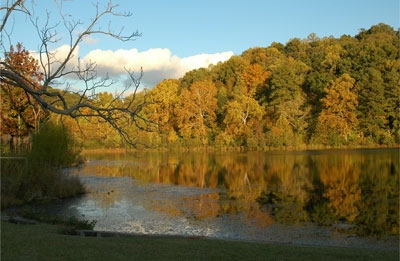 Families also love Cosby Lake, at the northern end of the city. The lakeside park is great for fun days out with its picnic tables and walking trails, and you can fish and watch the ducks in this small lake. For more recreational fun there’s a new recreation and sports complex in Clay too, and new facilities are cropping up in the town on a regular basis.

When you don’t feel like cooking you can pop out to one of the restaurants in Clay. There are several to choose from including The Barbecue Stop and Papa Sal’s Restaurant.

If you’re keen to find out more about moving to Clay, visit the City of Clay website.

If you've wanted a garden home on a full-size lot this one is for you..This beautiful full brick home with vinyl eaves for low maintenance sits on a beautiful manicured...

ONE LEVEL LIVING in a quiet well established neighborhood! Everything you need in this beautiful brick and vinyl siding cul de sac home...all one level, and newly updated...

Check out this stunner! This home has fresh interior paint and new flooring throughout. Windows create a light filled interior with well placed neutral accents. The kitc...